One of the best places to envision the life of Native Americans in the 1800s is Pioneer Farms in northeast Austin. As you make your way down through the late 1800s pioneer Texas town, you walk back even further in time. 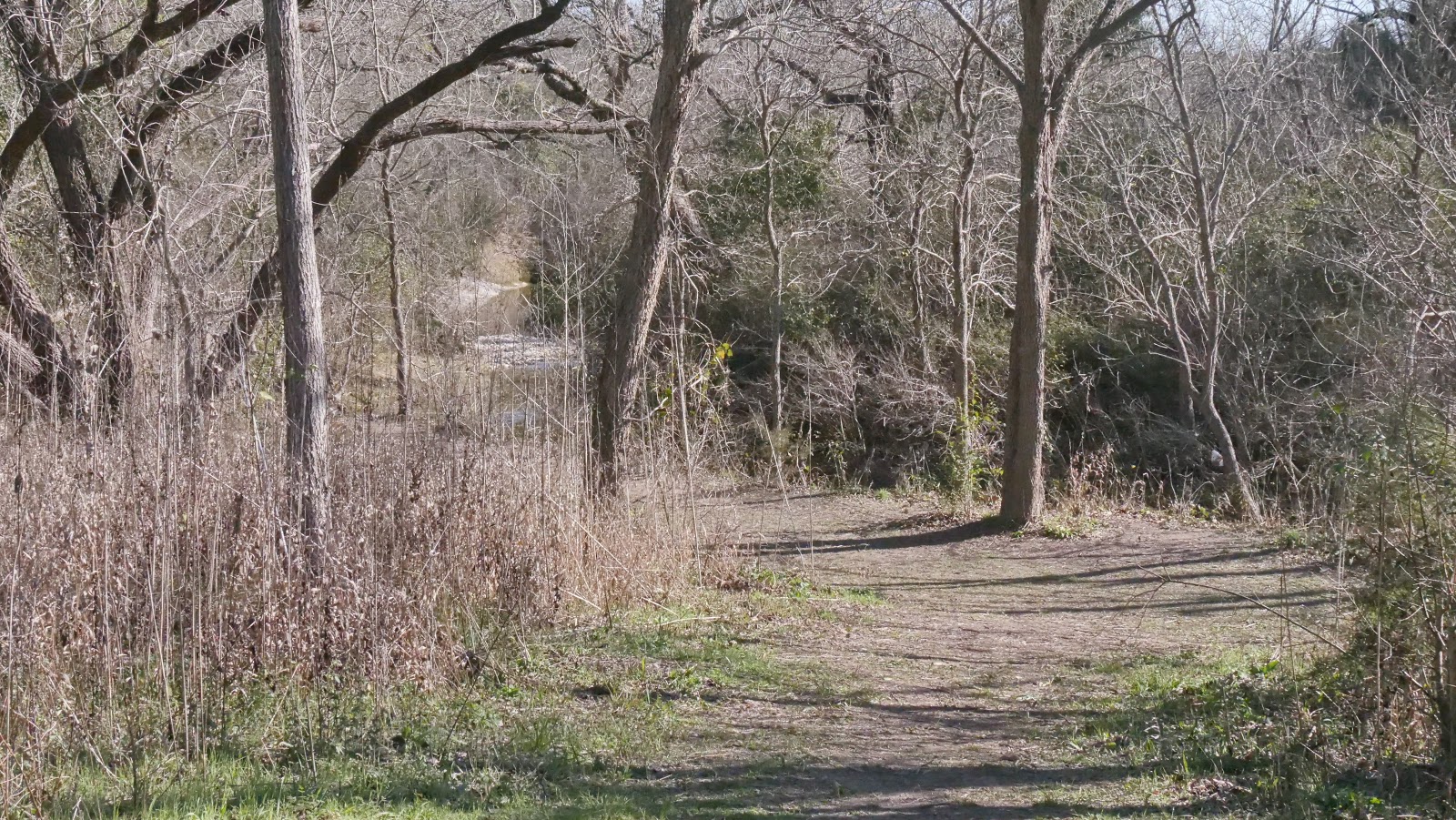 Pathway to Tonkawa encampment. (All photos by: Bob O’Dell)

Walking down the path in the woods, you make your way down to a major campsite of the Tonkawa Tribe. 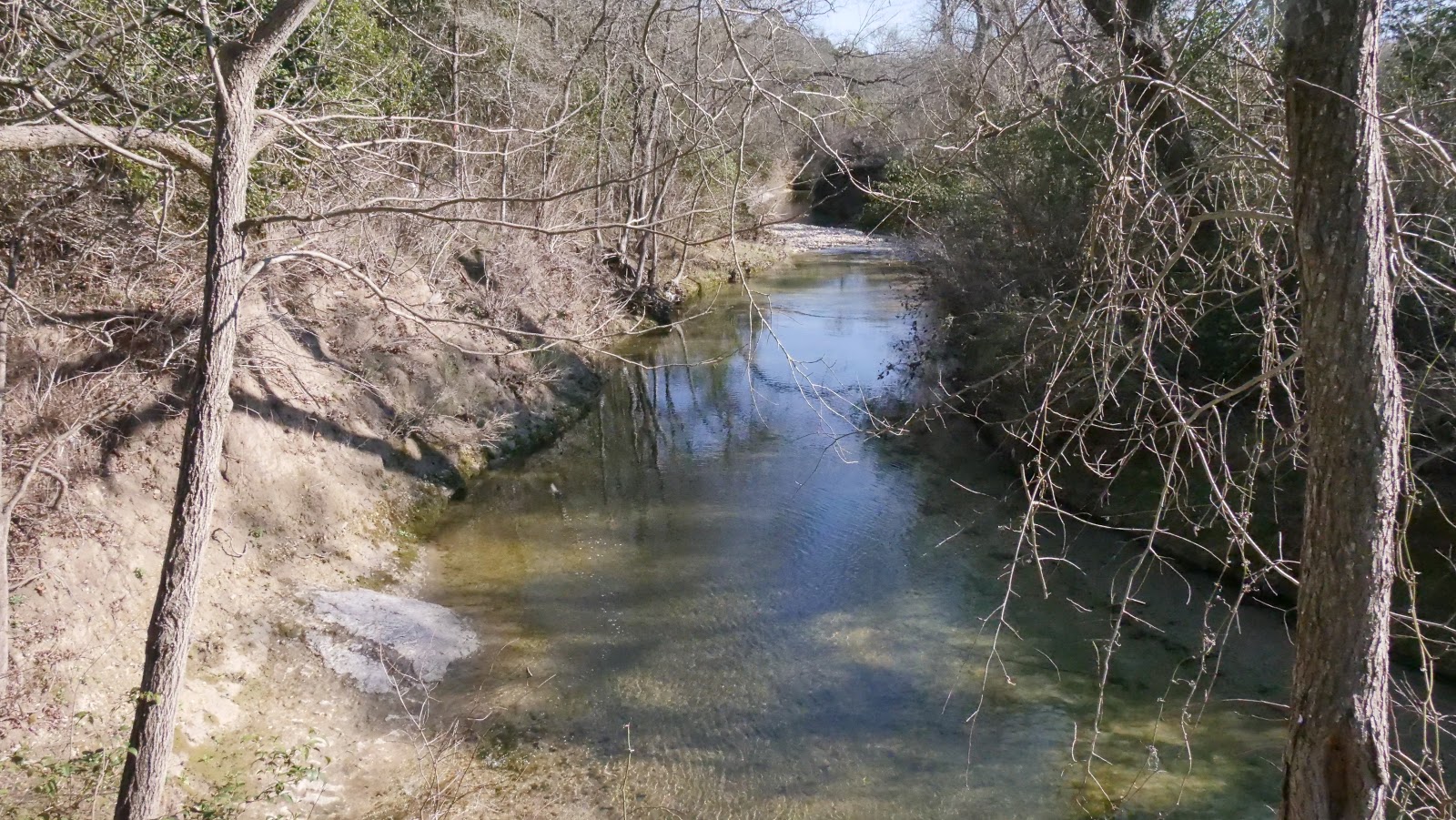 The Tonkawa Indians used this campsite on multiple occasions, probably as late as about 1840.  The camp location was strategic for a number of reasons. First, it was near a natural crossing point of Walnut Creek (which can be seen in the previous photo). Second, in the lower left corner of that photo is a small spring-fed stream that would be an easy place to gather water an even bathe. That spring-fed stream has a source a few hundred yards up the hill, and still runs today. But the Tonkawa camp has a third key feature: a massive oak tree that dominates the view. 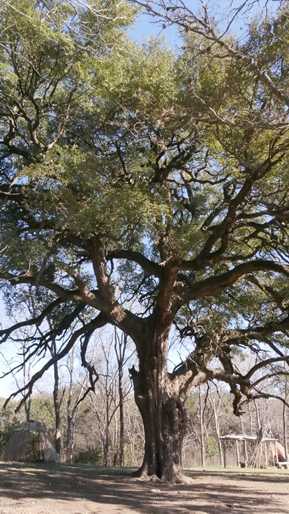 Pioneer Oak at the Tonkawa Encampment

This oak, today referred to as Pioneer Oak, has an appearance that immediately reminded me of a more famous tree in Austin: Treaty Oak.  Near downtown Austin, the even larger Treaty Oak would have been also very well-known to the Tonkawa.

Regarding the Pioneer Oak on Pioneer Farms, their guidebook gives more description of the tree.

“It is believed to date to the late 1700s or early 1800s, before Texas became a Republic… This camp likely would have featured groups of tipis and flat-topped brush huts, a central fire pit for ceremonies, and gathering areas for members of the clan (family unit) that camped here. The clans were led by women, just as the herds of buffalo were led by female bison. The Pioneer Oak tree is a “lightning tree,” evidenced by the stripe down one side, that shows where lightning once struck it.”

The lightning strike would have occurred many years after the tribe had departed Texas.

Below the Pioneer Oak, nearby are a few tepee’s and a recreated brush arbor, which was built with advice from the Tonkawa Tribe in Oklahoma. 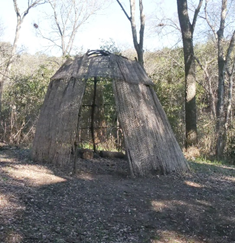 In one of the Pioneer Farm town buildings, a native peoples museum is open daily. 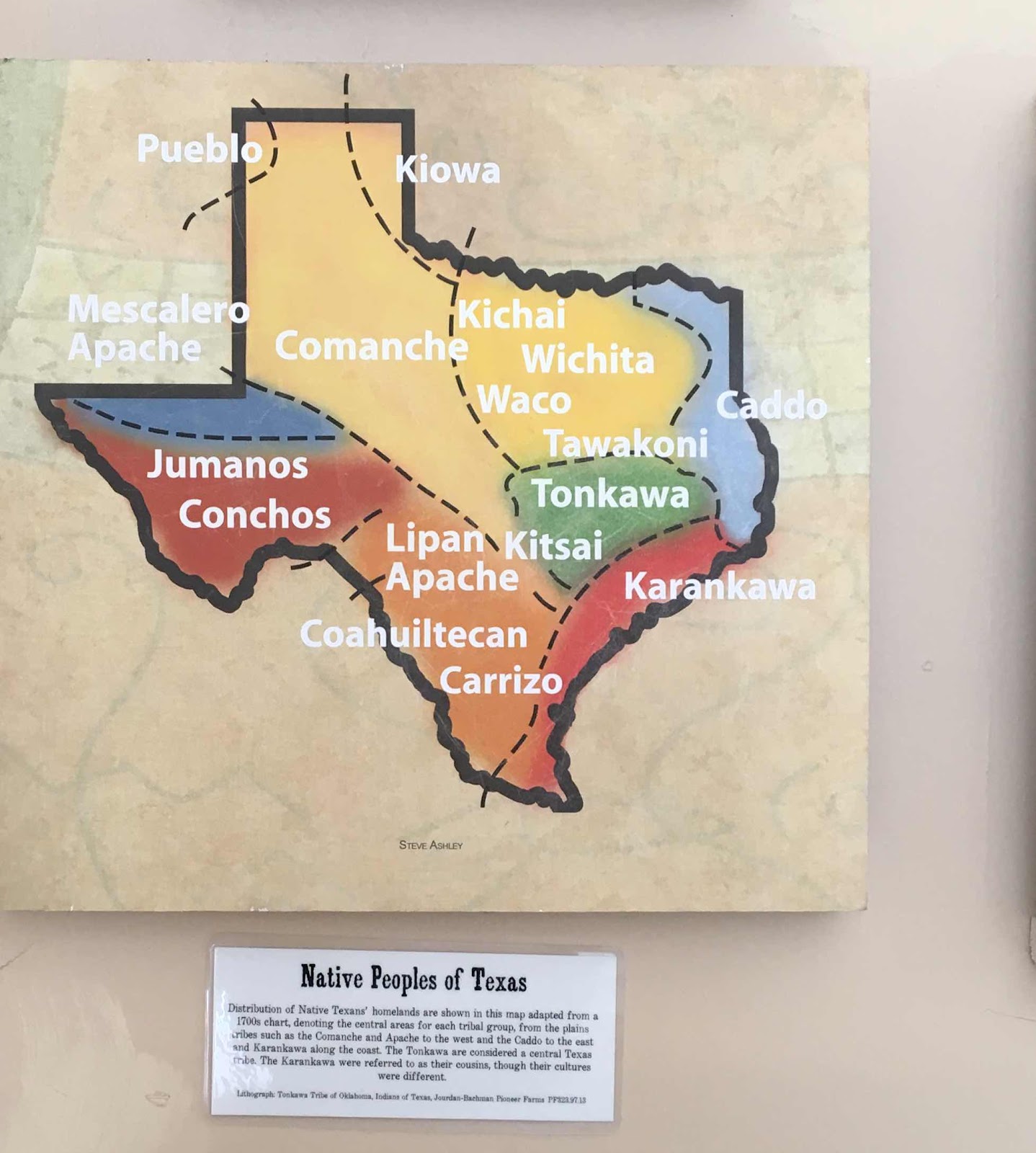 Display Board at Pioneer Farms Museum.

This museum is a hidden gem in Austin. Much more complete than I expected, its collection is large, and they have done their homework when it comes to understanding and respecting the tribe.  I highly recommend a visit. 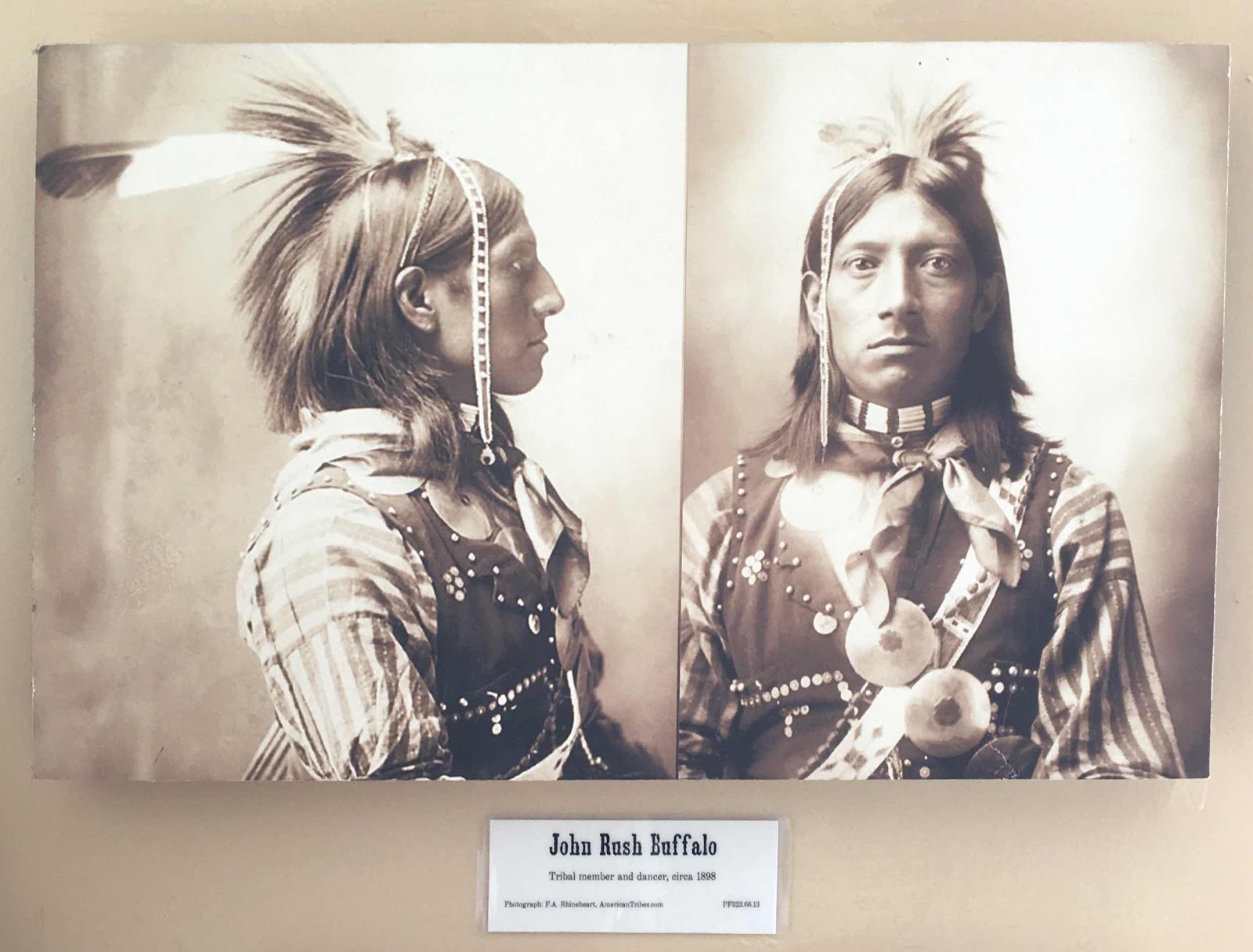 For more information, visiting hours and other exhibits, go to Pioneer Farms. All photos in this blog post were by Bob O’Dell.